Picture(s) of the Week: An Olivia de Havilland Pictorial Tribute 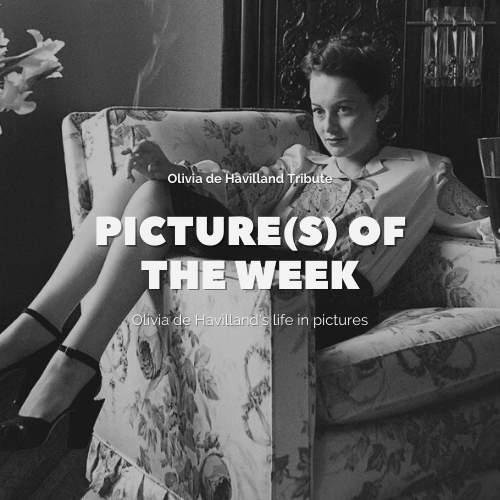 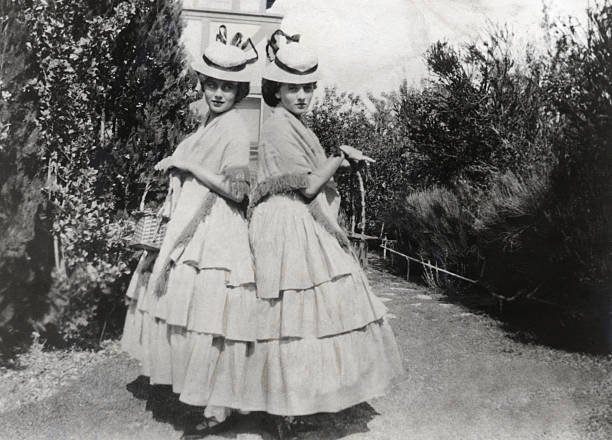 With her sister Joan Fontaine dressed for a costume party in Saratoga, California (1934). 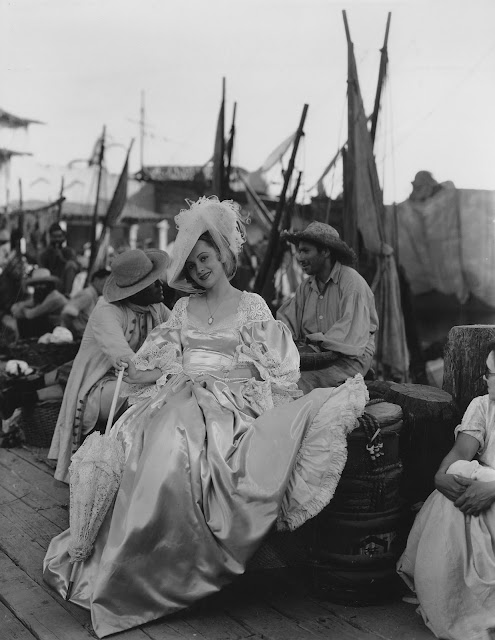 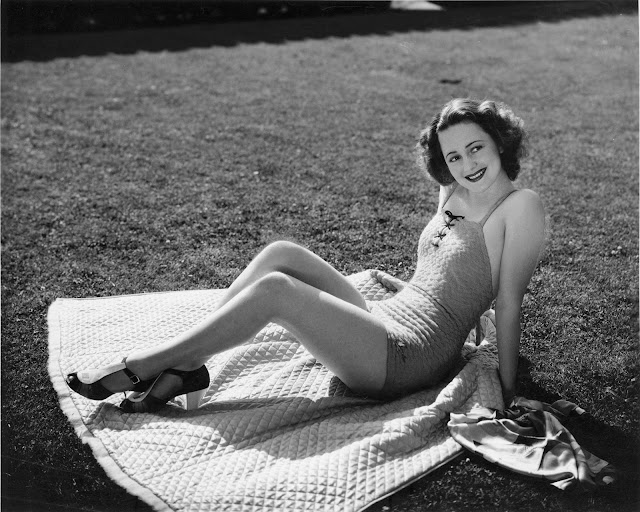 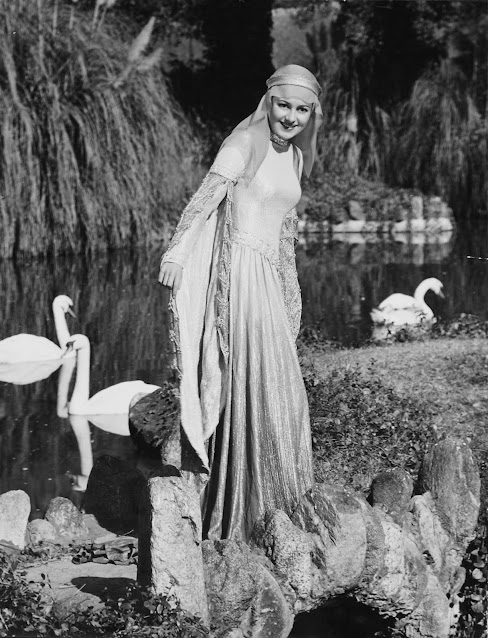 During location shooting for The Adventures of Robin Hood (1938). 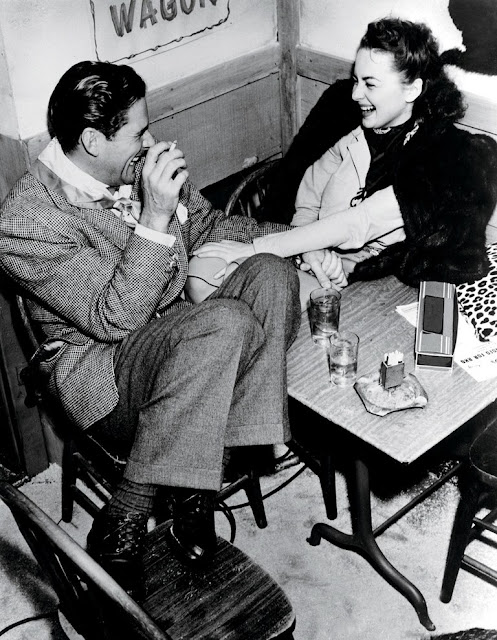 Having fun with Errol Flynn during the making of Dodge City (1939). 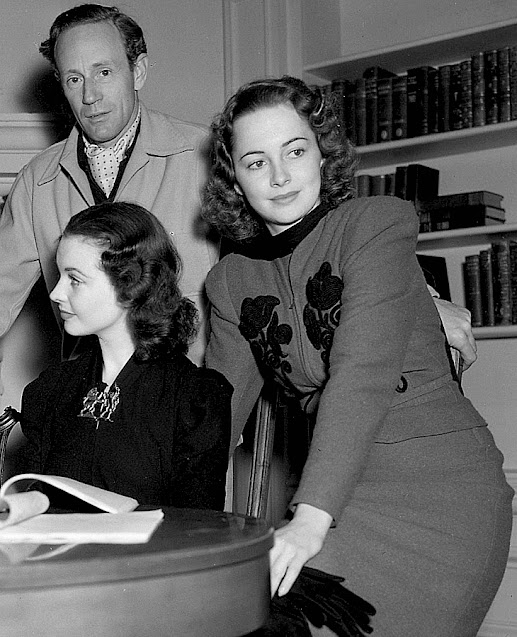 With co-stars Vivien Leigh and Leslie Howard at the contract signing for Gone with the Wind (1939). 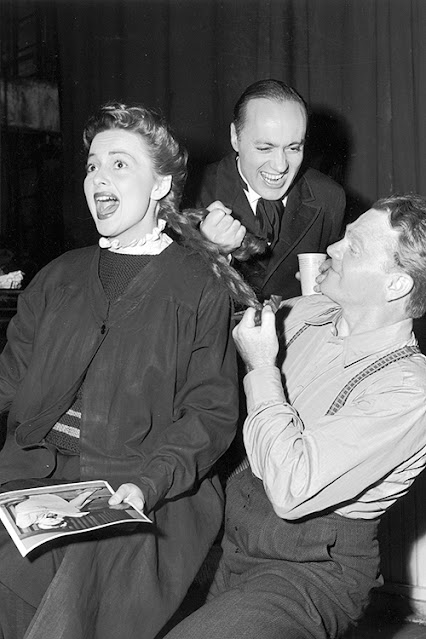 With Charles Boyer and James Cagney on the set of The Strawberry Blonde (1941). Boyer, Olivia's co-star in Hold Back the Dawn (1941), was visiting the set. 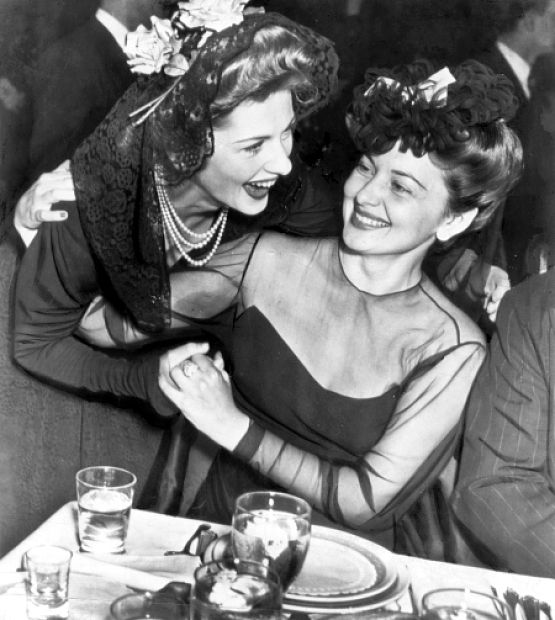 With her sister at the 14th Academy Awards at the Biltmore Hotel in Los Angeles on February 26, 1941, where Joan won Best Actress for Alfred Hitchcock's Suspicion (1941). Olivia was nominated in the same category for Hold Back the Dawn. 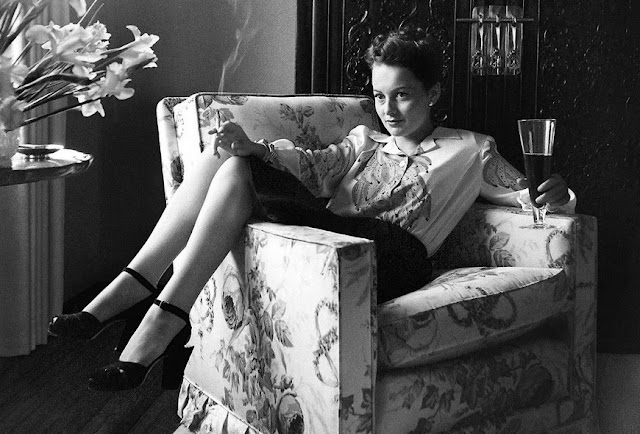 At her home in Beverly Hills in 1942 (photograph by Bob Landry for LIFE magazine). 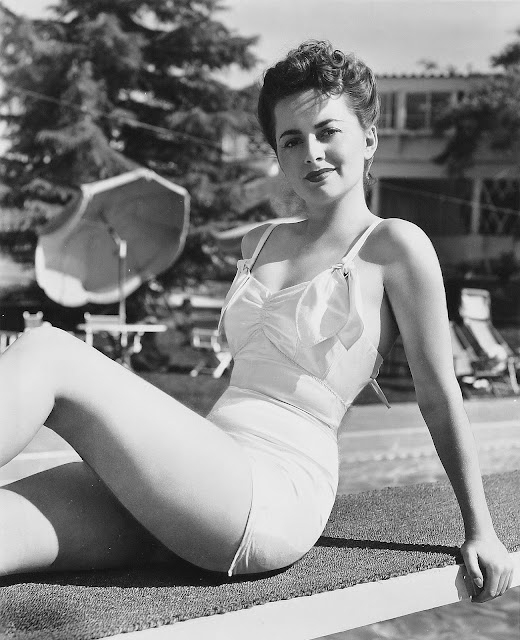 Another portrait by Scotty Welbourne (1942). 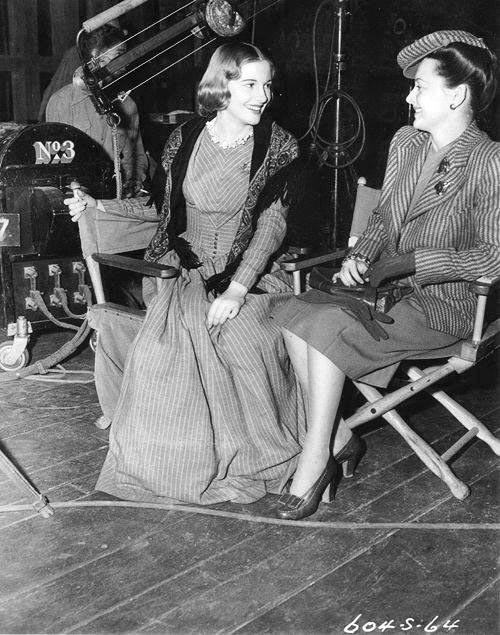 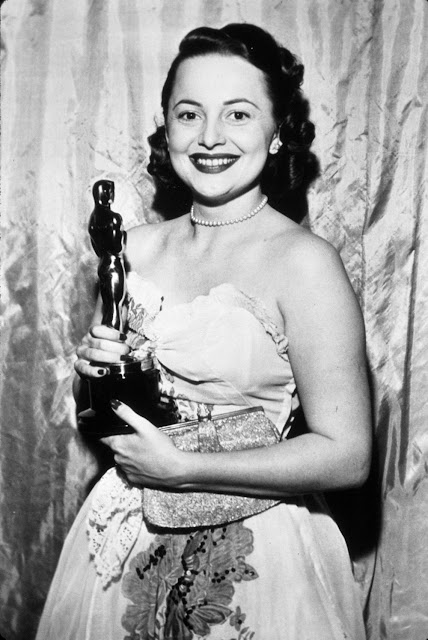 Holding her Best Actress Oscar for To Each His Own (1946). 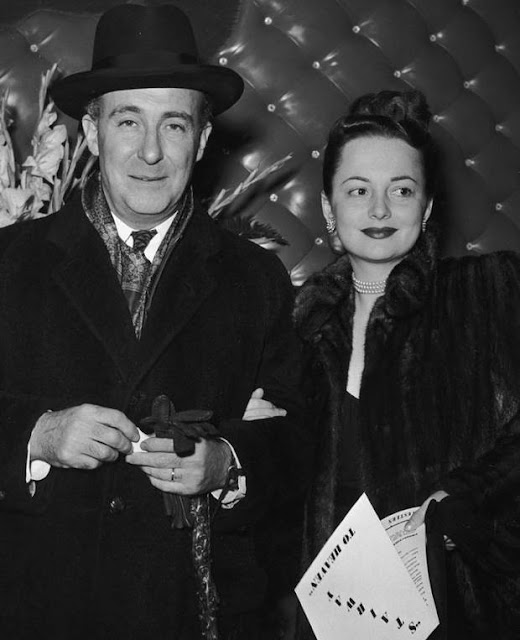 With her first husband, author and screenwriter Marcus Goodrich, in 1947. 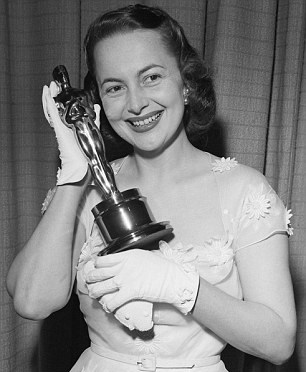 Holding his Best Actress Oscar for The Heiress (1949). 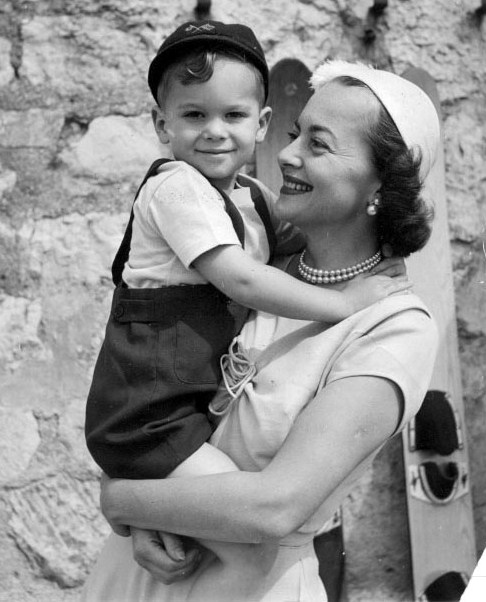 With her son, Benjamin Goodrich, in the French Riviera in 1953. 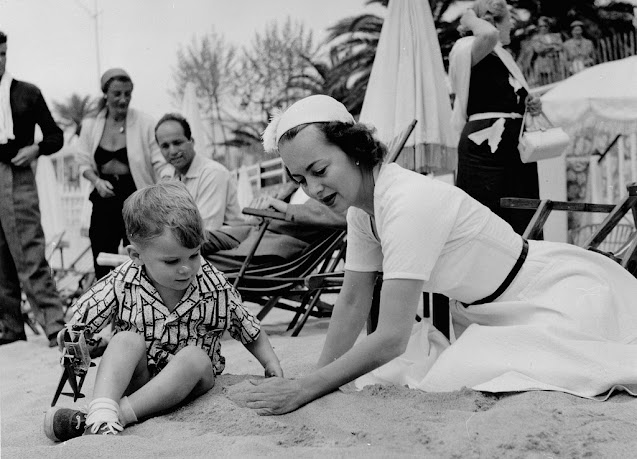 Here they are again, enjoying a day at the beach in the French Riviera. 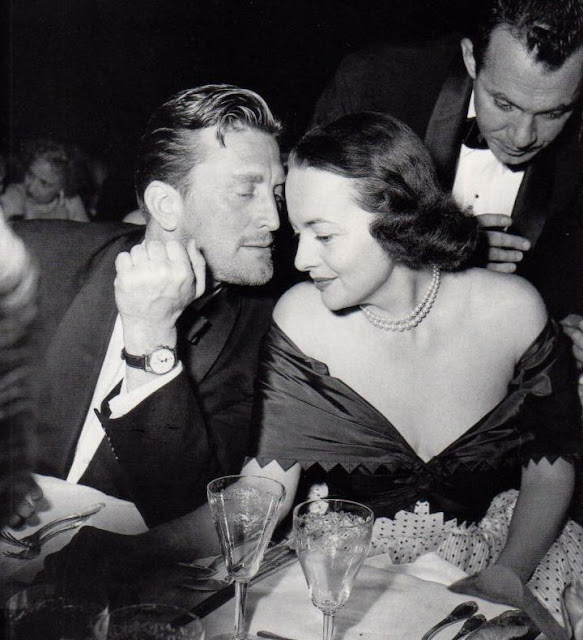 With Kirk Douglas at a gala event at the Cannes Film Festival in 1953. 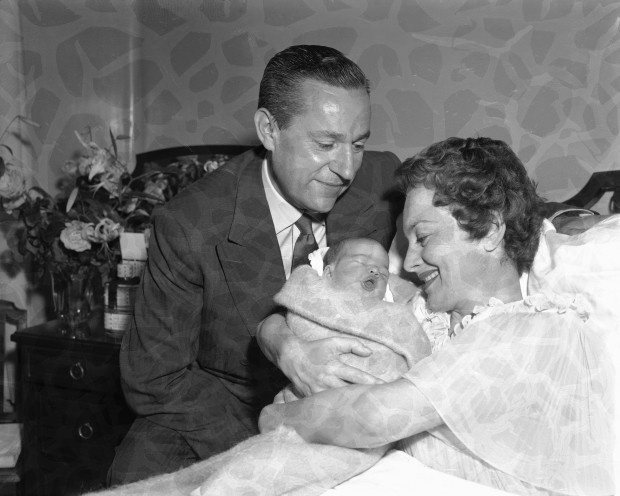 With her second husband, Paris Match editor and journalist Pierre Galante, with their newborn daughter Gisèle in July 1956. 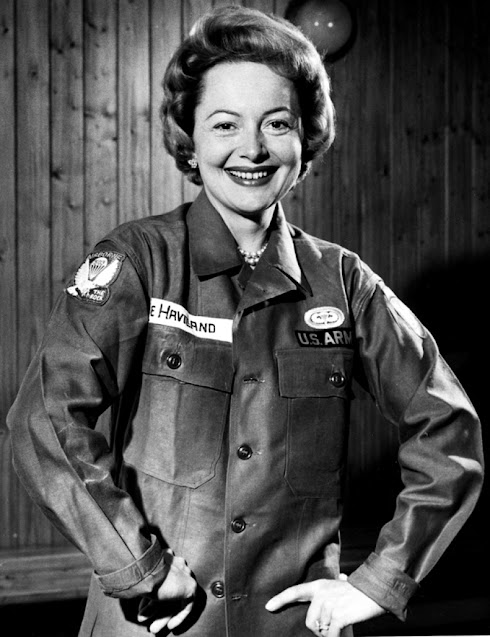 At her home in Paris in 1958, wearing a jacket given to her when she was made an honorary member of the 11th Airborne Division. 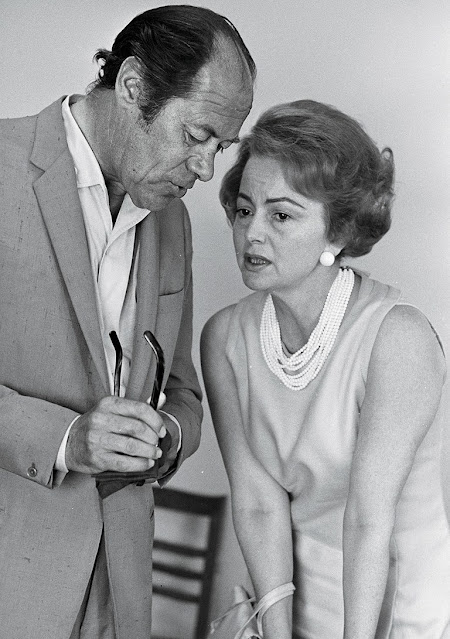 With Rex Harrision at the 1965 Cannes Film Festival, where she helmed the jury. 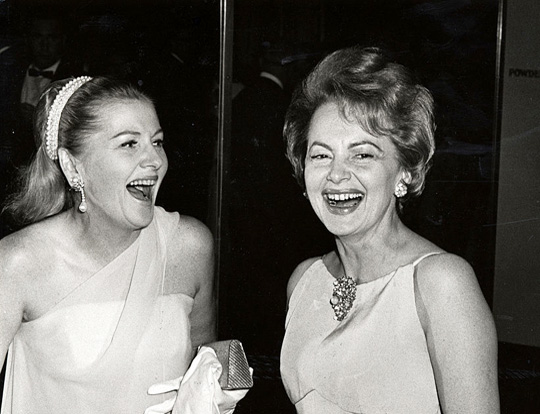 With Joan during Marlene Dietrich's opening party at the Rainbow Room in New York City on September 9, 1967. With Joan and their mother Lillian in the early 1970s. 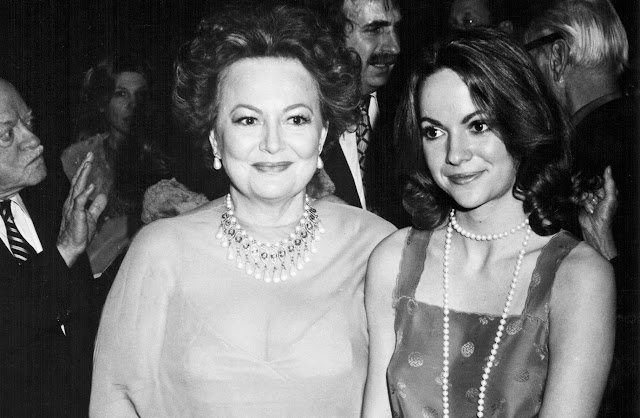 With her daughter Gisèle Galante at the 40th anniversary of Gone with the Wind in Los Angeles in 1979. 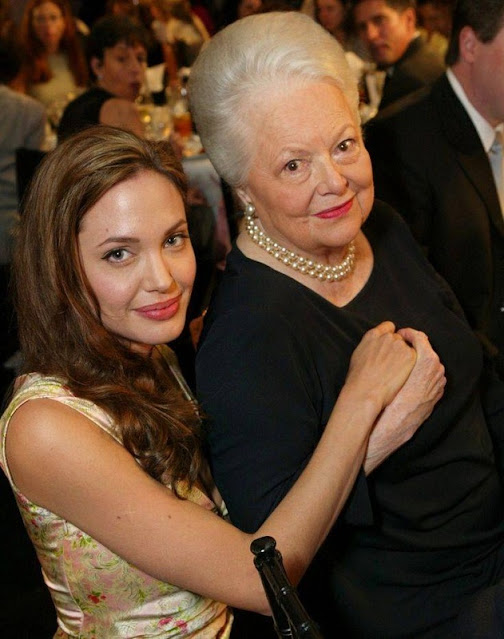 With Angelina Jolie at the Premiere Women in Hollywood Awards in September 2004. 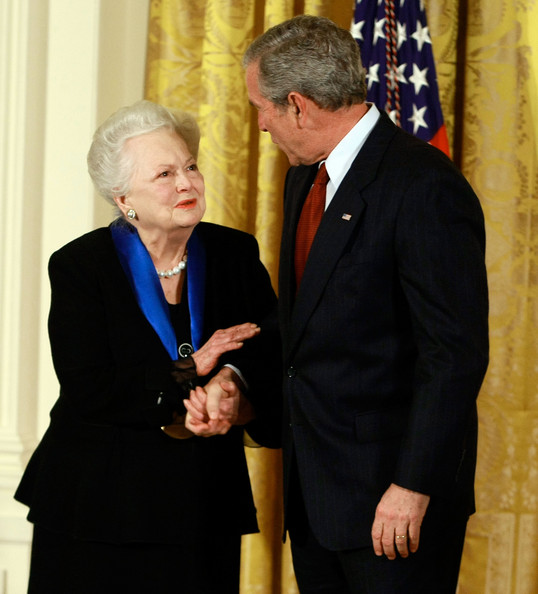 With President George W. Bush, who presented her with the National Medal of Arts on November 27, 2008. 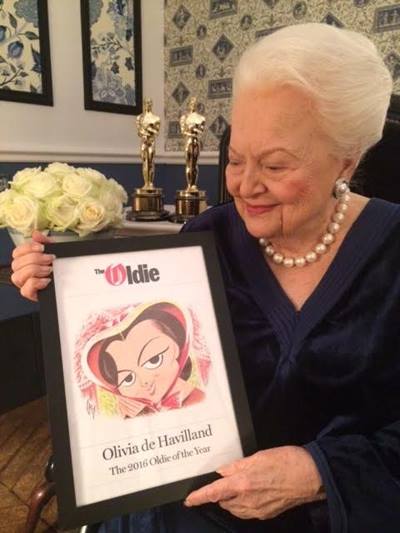 Holding her 2016 Oldie of the Year award.