In honor of Robert Taylor's 104th birthday, this week on "Film Friday" I bring you what is perhaps my favorite of his films, which coincidentally was also his personal favorite.

Directed by Mervyn LeRoy, Waterloo Bridge (1940) opens with Colonel Roy Cronin (Robert Taylor) being driven to Waterloo Station en route to France to fight in World War II. Stopping his car on Waterloo Bridge, he starts reminiscing about his past. Suddenly, it's 1914 and air raid sirens screech as a group of young girls hurry past Waterloo Bridge in search of shelter. Among them is a young ballet dancer named Myra Lester (Vivien Leigh), who drops her purse and Roy helps her to retrieve it. They take shelter together and a whirlwind courtship follows, resulting in Roy asking Myra to marry him before he's called to the front. When Myra skips a performance to say goodbye to Roy, her tyrannical ballet mistress, Madame Olga (Maria Ouspenskava), dismisses her from the troupe.

One afternoon, while Myra awaits to meet Roy's aristocratic mother, Lady Margaret Cronin (Lucille Watson), for the first time, she sees a notice about Roy's death in a newspaper and faints. When Lady Margaret arrives, Myra cannot tell her the terrible news and her erratic behavior shocks her prospective mother-in-law, who leaves in disgust. Myra then falls ill from grief and her friend Kitty (Virginia Field) drifts into streetwalking to cover all their expenses. With no desire to live after she recovers, Myra joins Kitty as a prostitute to support herself. A year later, while offering herself to soldiers arriving at Waterloo Station, Myra catches sight of Roy, who is alive and well. Roy believes that she has come to meet him and takes her home to his family estate in Scotland, unaware of her life in the past year. Although Myra tries to convince herself that they can be happy, she soon realizes that her past will ruin Roy's life and runs away after confessing everything to his mother. Roy follows her, but she eludes him and takes her own life by walking into the path of a moving truck on Waterloo Bridge. In the present day, the older Roy gazes at the lucky charm Myra had once given him and thinks about her sincere final profession of love for him, before leaving for France. 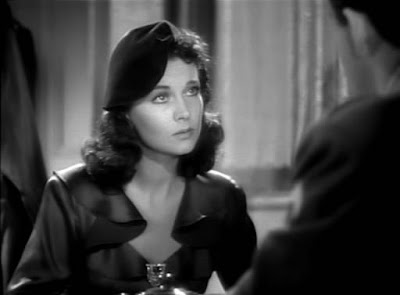 The "British" melodramas produced by Sidney Franklin were the source of Metro-Goldwyn-Mayer's greatest earnings and profits during World War II. Although Franklin had never been to Britain at the time he made Waterloo Bridge, Mrs. Miniver (1942), Random Harvest (1942) and White Cliffs of Dover (1944), he was drawn to what he referred to as the "quaintness and charm" of that country. Because each of these films centers on the pain and anxiety caused by wartime separation or loss while also offering a strong, maternal and caring woman as a source of safety and serenity amid the heartaches of war, they were perfectly suited to the needs of wartime audiences on both sides of the Atlantic.

Waterloo Bridge may have been the first of Franklin's successful string of wartime melodramas, but it was a film that neither he or MGM had originated. Robert E. Sherwood's semi-autobiographical play of the same name had been previously filmed by Universal Pictures in 1931 under the direction of James Whale, with Mae Clarke and Kent Douglass in the lead roles. The story of a prostitute on the streets of London was not the kind of material that attracted Franklin, but David O. Selznick decided it would be perfect for Vivien Leigh, whom he had under contract. Eager to capitalize on her success after Gone with the Wind (1939) made her an overnight star, MGM soon purchased the rights to Sherwood's play and screenwriter S. N. Behrman allegedly began changing the script with Leigh and Laurence Olivier in mind for the leads.


Leigh first met Olivier in 1935, after he congratulated her on her performance in the play The Mask of Virtue. Two years later, they began an affair during the filming of William K. Howard's Fire Over England (1937) while both were still married to other people. Under the moral standards then enforced by the film industry, their relationship had to be kept from public view until early 1940, when their respective spouses finally agreed to a divorce. Leigh was excited at the prospect of working with Olivier after being denied the oportunity to star opposite him in Alfred Hitchcock's Rebecca (1940), but Louis B. Mayer had other plans.

When Olivier was cast as Mr. Darcy in Pride and Prejudice (1940), Leigh tried to persuade the studio to let her play Elizabeth Bennet. She reasoned Joan Crawford could star in Waterloo Bridge or Mayer could find another British actor for Darcy, thereby freeing Olivier to play Roy Cronin opposite her Myra Lester. Instead, the female lead in Pride in Prejudice was given to Greer Garson, who had worked with Olivier on stage five years earlier, and Leigh was cast in Waterloo Bridge opposite Robert Taylor, whom she had supported in A Yank at Oxford (1938). Rumour has it that the reason why Leigh was not cast in Pride and Prejudice was that Selznick planned to earn more money by lending her and Olivier to two different films, rather than shooting only one picture starring the both of them.


Known more for his striking good looks than his acting skills, the 29-year-old Taylor was eager to play a more complex and mature romantic lead than the impetuous youths he had played in films like Camille (1936) and Three Comrades (1938). Taylor was one of MGM's top stars at the time, but his last three pictures had been critical and commercial failures, so he was excited to be put into a prestigious project like Waterloo Bridge.


But Leigh, of course, thought Olivier should play Roy and was thoroughly disappointed when Taylor was assigned as her co-star. Still on friendly terms with her ex-husband, Leigh Holman, she wrote to him, "Robert Taylor is the man in the picture, and as it was written for Larry, it's a typical piece of miscasting. I'm afraid it will be a dreary job." Once filming started, however, Leigh found the work much more enjoyable that she had anticipated and got along well with Taylor, who praised her for enhancing his own performance. "It was the first time I really gave a performance that met the often unattainable standards I was always setting for myself," Taylor later said. "Miss Leigh was great in her role, and she made me look better." Although he was a bigger star than Leigh up to this time, he agreed to let MGM capitalize on her recent success by giving her top-billing in Waterloo Bridge.


Before production commenced, Selznick sent a memo to MGM giving precise instructions on how Leigh should be treated on the set. Since "Miss Leigh is not one of those girls who can be photographed by any cameraman," he made sure to obtain the services of the best photography director available, one who would be able to capture "her very strange beauty." The man selected was the acclaimed cinematographer Joseph Ruttenberg, who had recently won an Academy Award for his work on The Great Waltz (1938) and went on to receive a second one for Mrs. Miniver.


With the help of photographer Laszlo Willinger, a true master of light, Ruttenberg ended up provided the most beautiful and romantic close-up shots of Leigh's entire career. Following the strong Technicolor tones which had dramatized Scarlett O'Hara's wilful looks and temperament in Gone with the Wind, the black and white photography of Waterloo Bridge gave Leigh "the phantom unreality of a dream-image," as she "glides through the chiaroscuro London streets like a sylph." When the camera closes in on her face after she recognizes Roy in the film's most climatic scene, the subtle changes in her expression are "as heartbreakingly effective as she had been acting for the silent screen."

Completed in a little over four months, Waterloo Bridge premiered at the Capitol Theatre in New York on May 17, 1940 to positive reviews from critics. Variety, for instance, called it "a persuasive and compelling romantic tragedy." Vivien Leigh's performance as Myra Lester was universally praised, with Bosley Crowther of The New York Times commenting that "Miss Leigh shapes the role of the girl with such superb comprehension, progresses from the innocent, frail dancer to an empty bedizened streetwalker with such surety of characterization and creates a performance of such appealing naturalism that the picture gains considerable substance." For their part, Variety wrote: "Leigh demonstrates outstanding ability as an actress. Her transition from the virginal ingenue of the early passages to the hardened prostie later is a standout performance." Taylor's performance was widely applauded as well;  Crowther considered it "surprisingly flexible and mature," while Variety said it was "an arresting characterization." At the 13th Academy Awards, Waterloo Bridge received nominations for Best Original Score and Best Cinematography (Black and White).


Waterloo Bridge was a personal favorite of both Vivien Leigh and Robert Taylor and it is my personal favorite of their films as well. There is just one tiny detail that bothered me a little about it: for a film which is supposed to be set in the 1910s, their clothes look very 1940s. But that's just me being picky. Waterloo Bridge is a beautiful film and the most perfect example of a star-crossed love story. As far as I'm concerned, Romeo and Juliet have nothing on Roy and Myra. 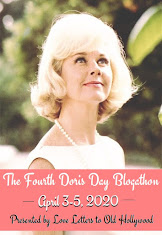