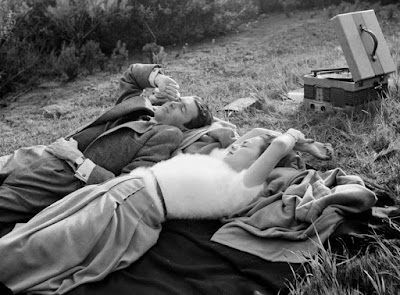 
James and Olivia began dating in December 1939, after he escorted to the New York premiere of Gone with the Wind (1939). According to Olivia, James even proposed to her in 1940, but she felt he was not ready to settle down. Their relationship was interrupted when James enlisted in the U.S. Army Air Corps in March 1941, but they would continue to see each other on and off for another year, before Olivia fell in love with director John Huston.