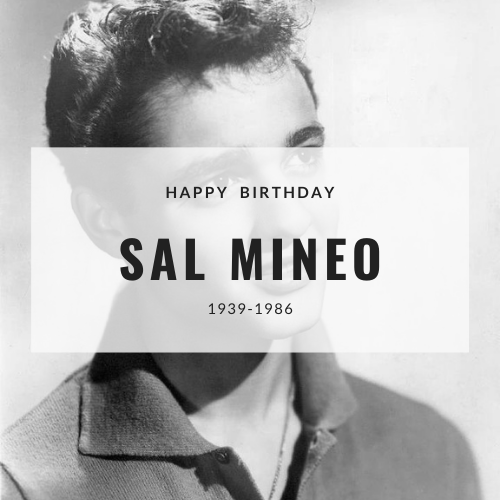 SAL MINEO
(January 10, 1939 — February 12, 1976)
It would be easy to blame Hollywood to say that I was typed and forced to play the same role over and over. For a while, I did. But the truth is that I knew what I was doing. I was enjoying myself. I was making money. I suppose that it had to stop. I made some good pictures, and I made some bad ones. I wasn't trying to build an image, though; I was trying to build a life for myself.