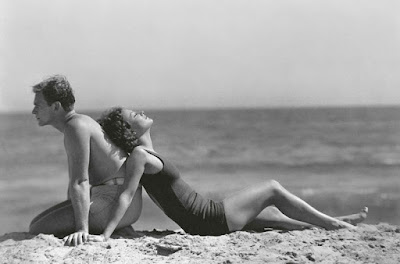 
Doug Jr. and Joan first met in October 1927, when producer Paul Bern introduced them on the opening night of a play called Young Woodley, of which the young actor was the star. That evening, Joan sent Doug a telegram congratulating him on his performance and a whirlwind romance soon began. Less than two months later, they were already engaged. On June 3, 1929, shortly after they finished filming Our Modern Maidens (1929), their first and only picture together, Joan and Doug were married in a quiet ceremony in New York, when she was probably 25 and he was six months short of turning 19. A year and half later, however, their marriage started to collapse, as Joan began a full-fledged love affair with Clark Gable. Joan and Doug separated in late 1932 and she soon filed for divorce, which became final in May 1933. Although their relationship had a bittersweet ending, Joan and Doug stayed cordial to each other for the rest of their lives and even spent time together going out to dinner.