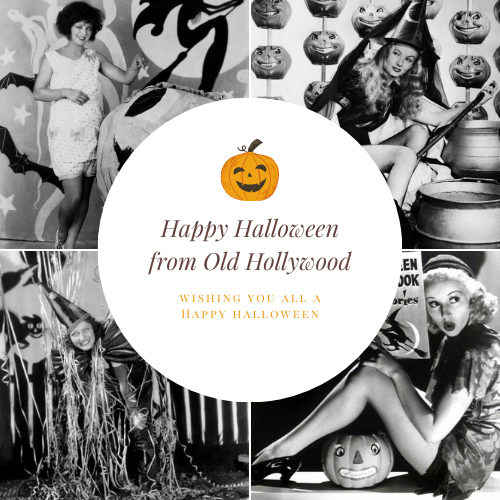 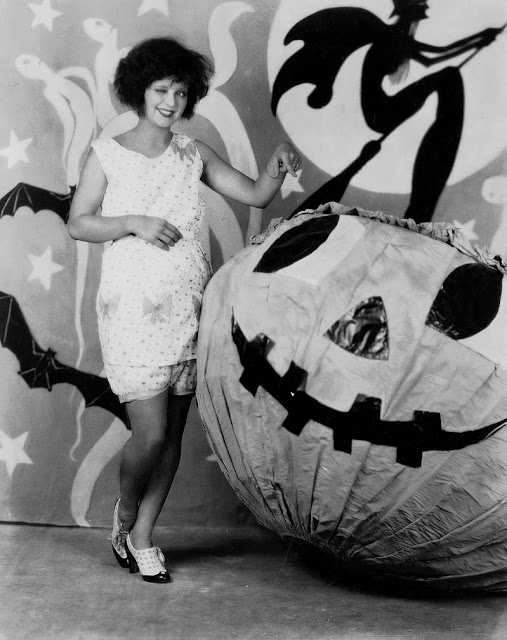 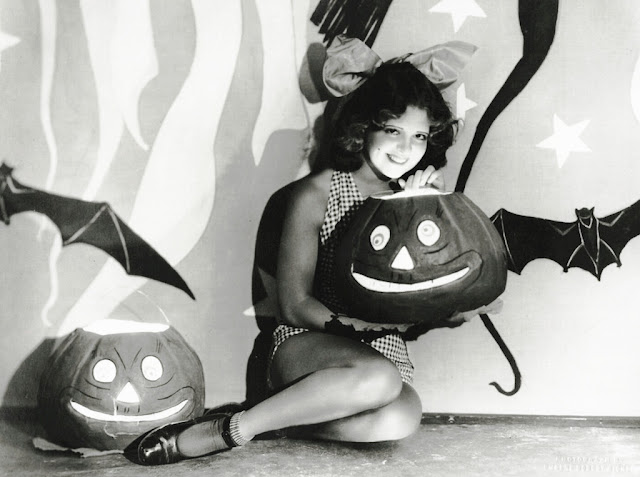 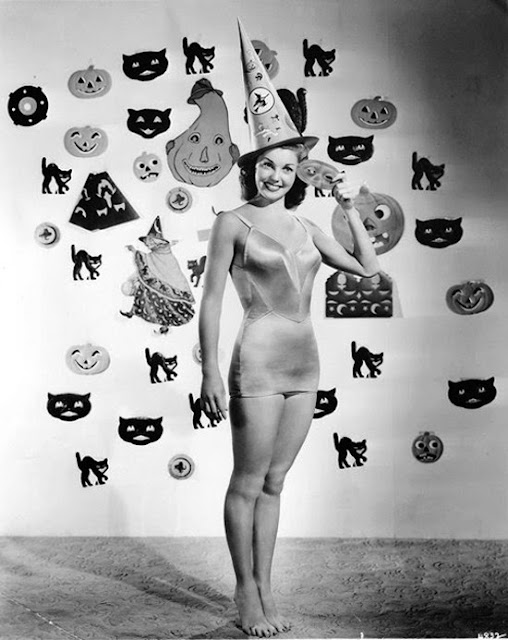 Esther Williams is ready to dive into Halloween. 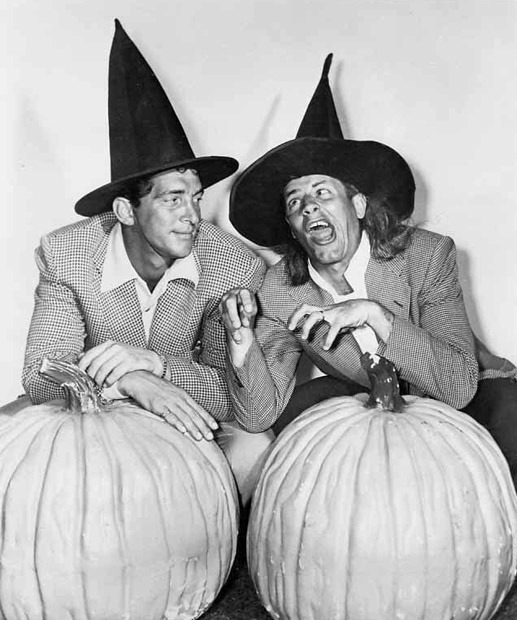 Jerry Lewis is right in the Halloween spirit, but Dean Martin doesn't look too pleased. Maybe he's more of a Christmas kind of guy. 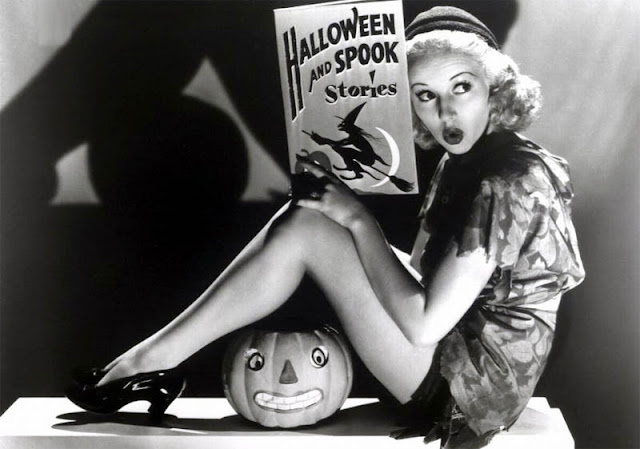 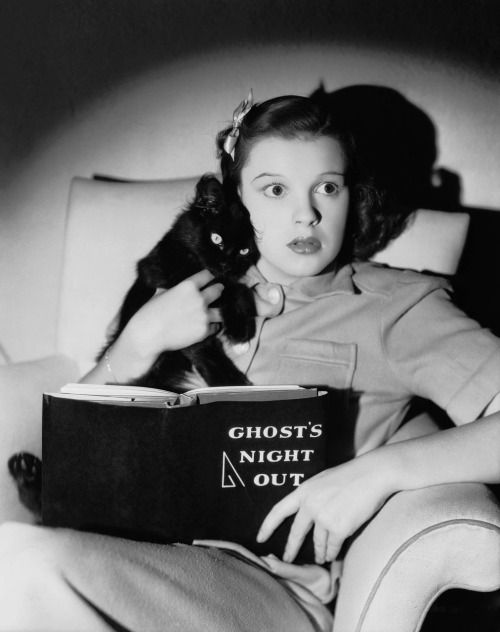 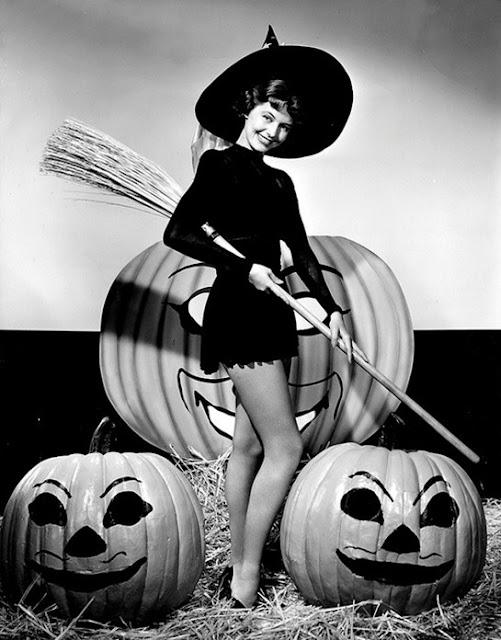 Cyd Charisse makes for a very classy witch. Also, is it me or do the pumpkins look like villains from a swashbuckling film? 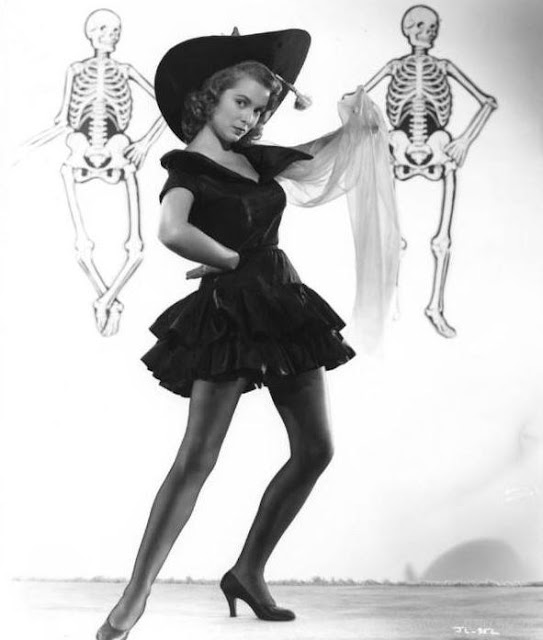 Janet Leigh also choose to go as a sexy witch. 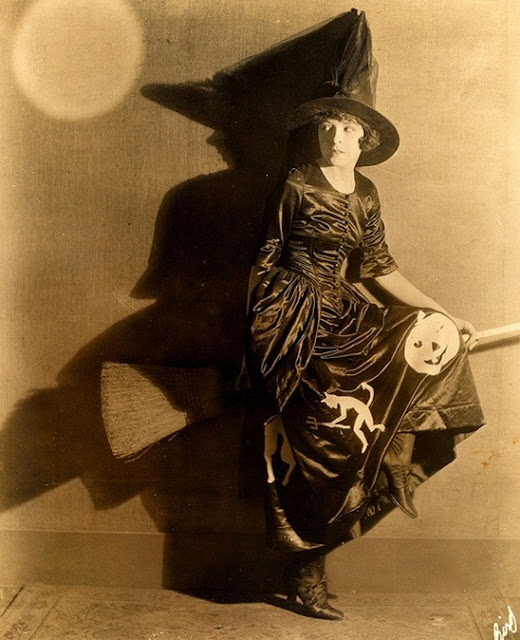 Yet another witch, this time in the form of Colleen Moore. 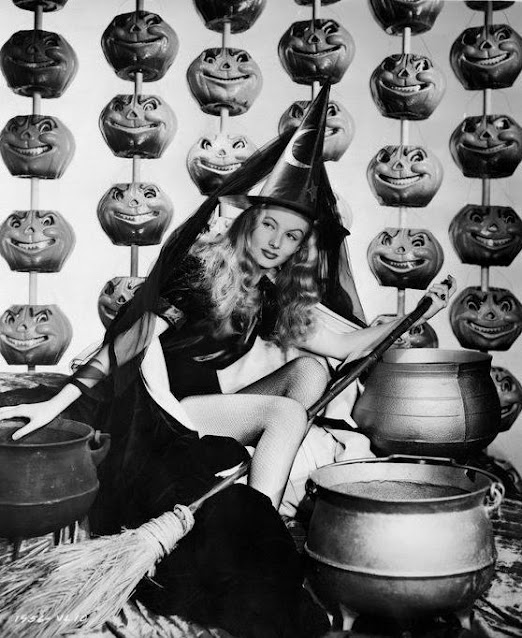 I think Veronica Lake wins on the witch department. She even has cauldrons! 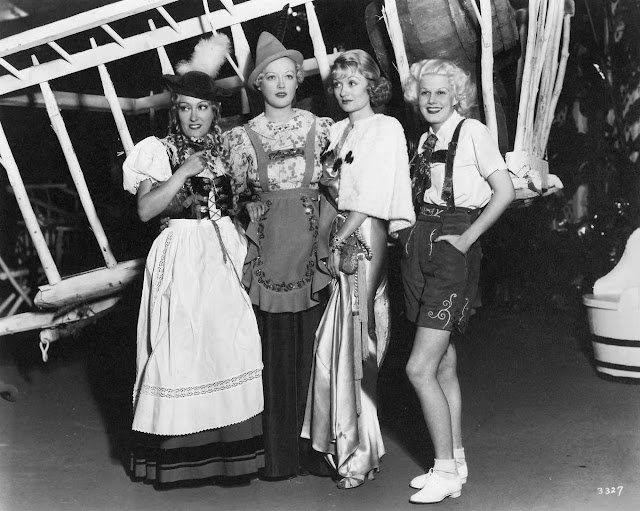 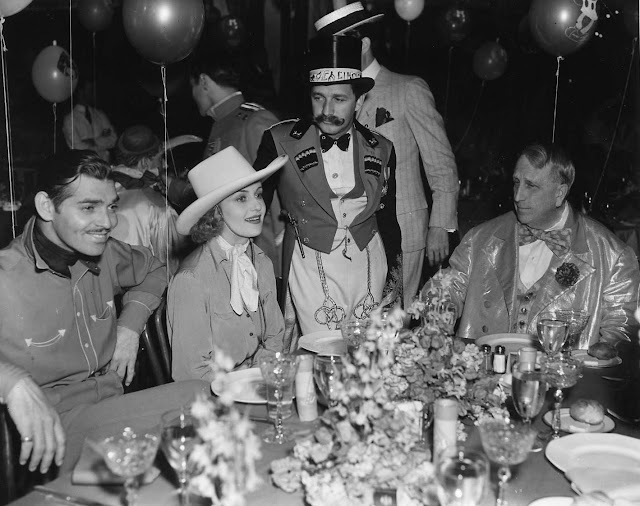 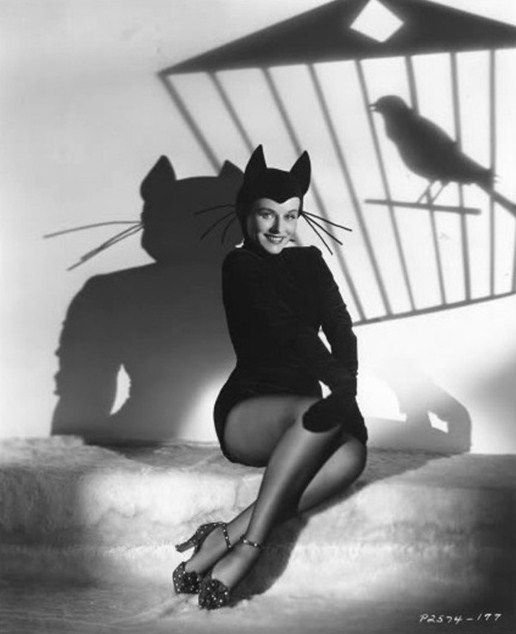 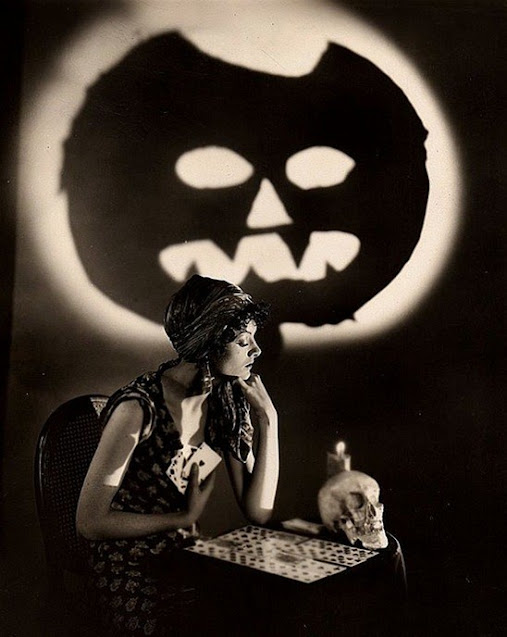 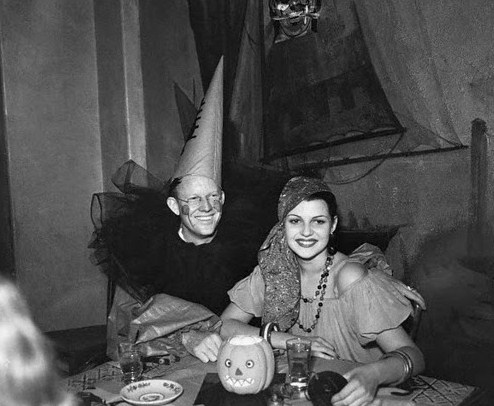 Pinky Tomlin and his Paddy O'Day (1935) co-star Rita Hayworth (then known as Rita Cansino) at a Halloween party for Jackie Coogan in 1935. 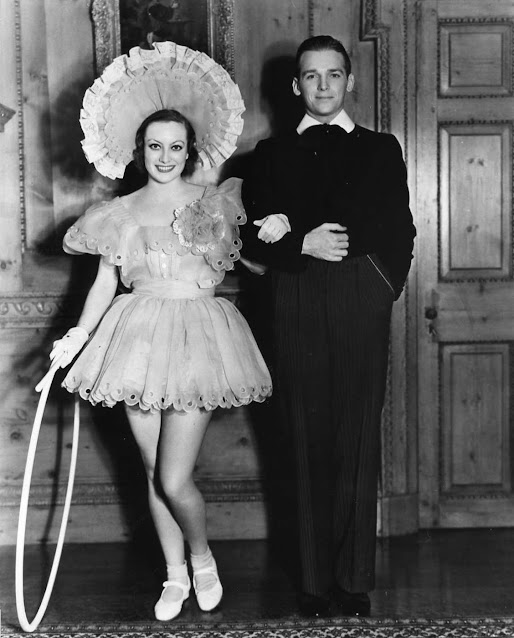 Joan Crawford and Douglas Fairbanks Jr. all dressed up for a costume party, probably another one of Davies' (early 1930s). 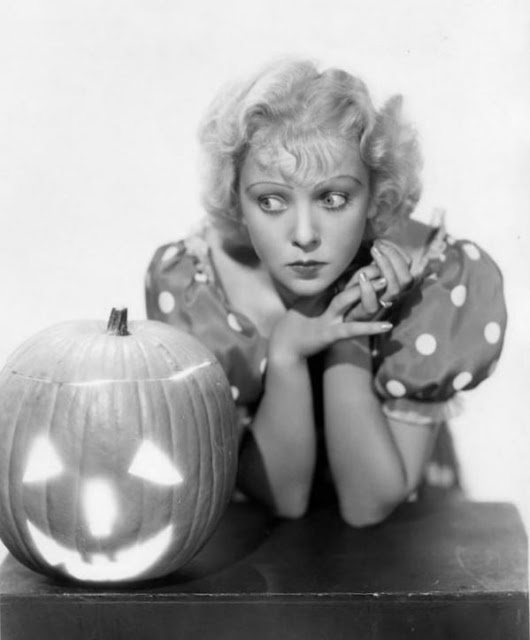 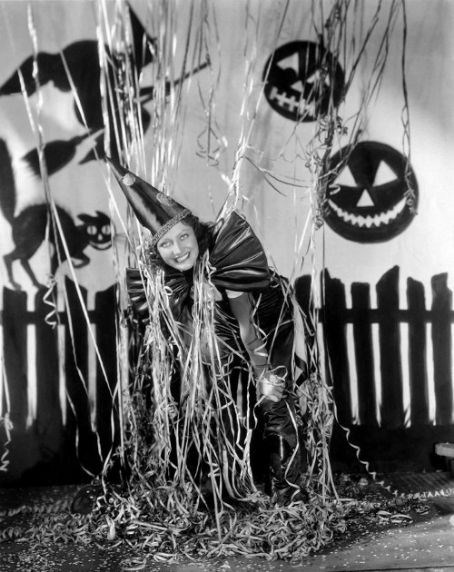 I think Joan Crawford may have gotten a little carried away... 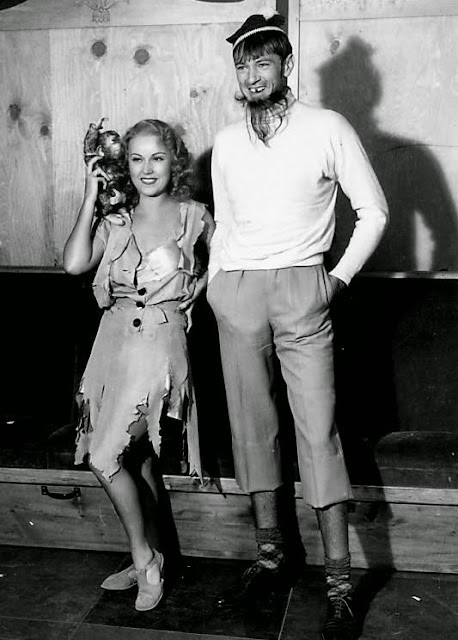 Fay Wray and Gary Cooper at a costume party in 1931. 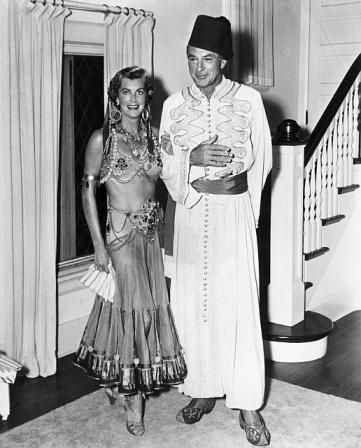 Here he is again with his his wife Veronica «Rocky» Balfe. 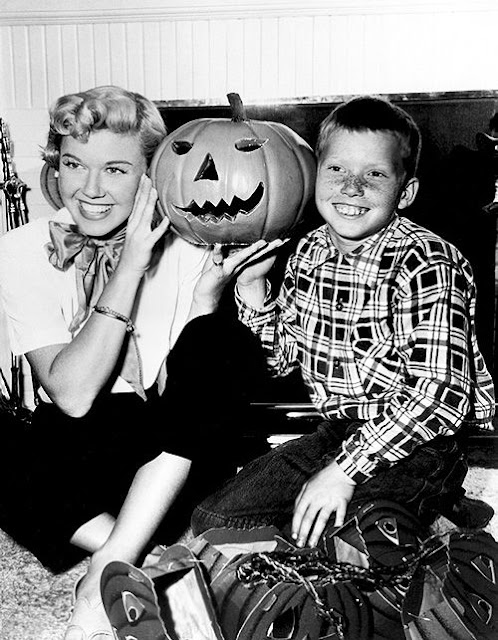 Doris Day and her son Terry have just carved a pumpkin. I think it looks pretty good. 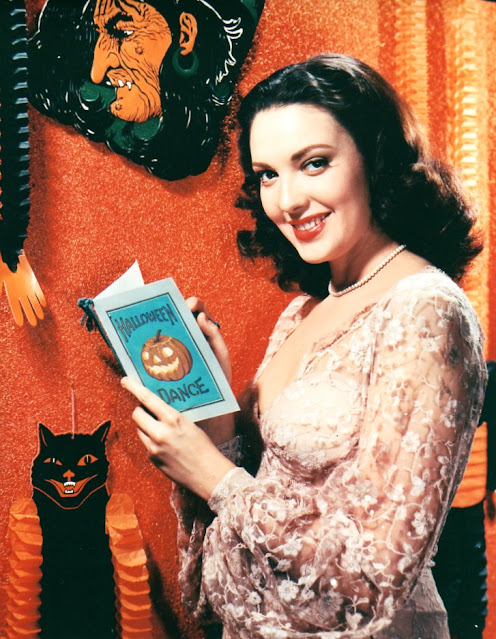 Linda Darnell received an invitation for a Halloween dance. What do you think she'll go as? Lolita from The Mark of Zorro (1940) is a good idea.

If you are looking for a good film to watch on Halloween, I recommend Arsenic and Old Lace (1944) and The Innocents (1961).