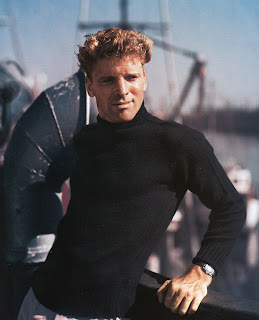 Watch this hilarious sketch Burt did with Dean Martin and Jerry Lewis for an episode of The Colgate Comedy Hour in 1953. I wish Hollywood had starred him in more comedies. He was a terrific comedian.

I also highly recommend this great number he performed with Kirk Douglas at the 30th Academy Awards in 1958. Who knew he could sing and dance too!

Fun fact: it's my birthday today too. :)