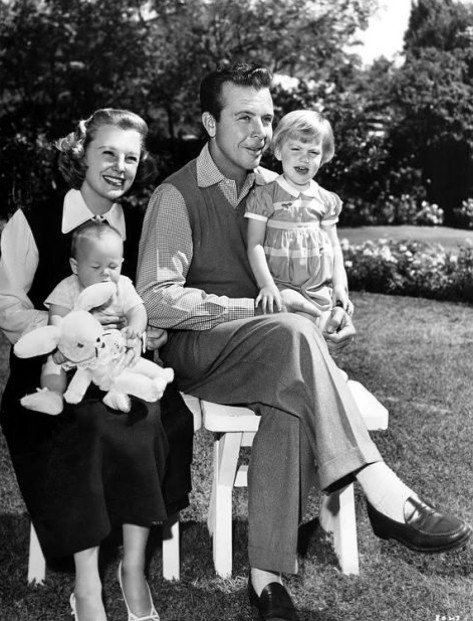 June Allyson and her husband Dick Powell with their children, Richard Powell Jr. and Pamela, in 1951

June Allyson defied MGM studio boss Louis B. Mayer and married former Warner Bros. boyish crooner Dick Powell in August 1945. Although they briefly separated in 1961, they reconciled and remained married until his death in 1963.